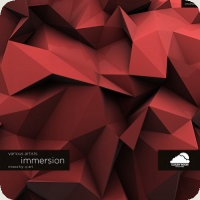 With almost a double century of production credits to his name dating back to 2006, Polish artist and DJ, CJ Art, has established himself as consistent force in a turbulent electronic music scene. His work signed to such luminary imprints as Mistique Music, JOOF and Suffused Music, the self-proclaimed producer and sound designer has released a steady stream of music that has evolved in impressive style.

Part II brings to the fore a clutch of deep percussive grooves as legends from Belgium and Israel feature – Faskil and MOSHIC remixing Kaan Koray and Anton MAke respectively. Suffused Music’s regulars Dr. Avalance and Advent’s Rising ply their impressive skill sets to great aplomb and CJ Art punctuates a hypnotic groove-laden 80 minutes with a series of remixes that have helped carve out a still growing reputation.

Diving head first into a sea of musical tranquillity, CJ Art’s total “Immersion” in the music that defines him has created sonic ripples that truly represent the deep, progressive sound.